After a VERY successful first season of Bridgerton, Actor Rege-Jean Page, who played the character Duke of Hastings, has announced that he will not be returning to the show.

The news took the show's fans by surprise, as no ONE saw this coming! But, Rege-Jean Page took it on himself to explain why he decided to leave the show.

He said "It felt like a limited series to me, it had a beginning, a middle, and an end."

It is indeed a bitter-sweet feeling but, looks like Rege-Jean is ready to move on to bigger things, and we are beyond excited to see what he takes on next! 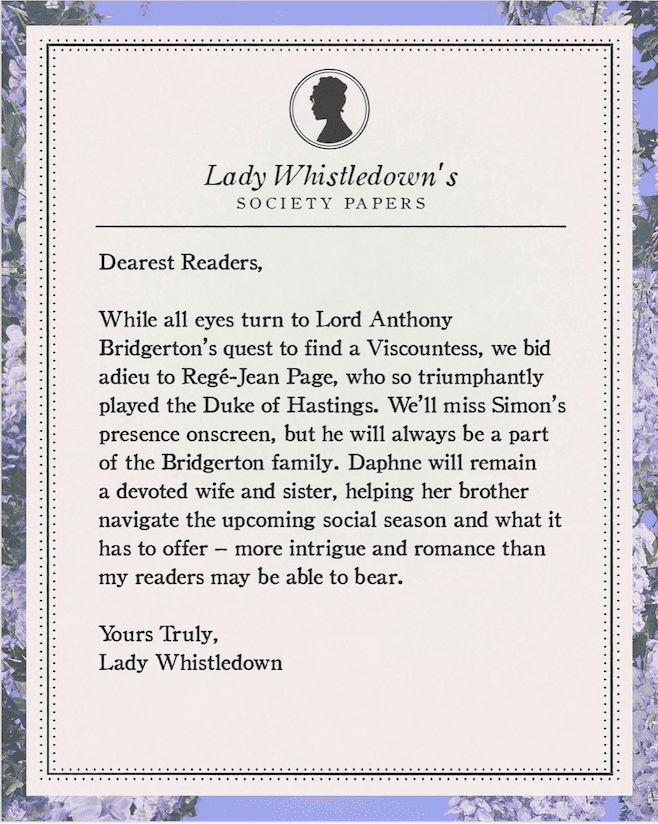 SELENA GOMEZ DOES THE #SAFEHANDSCHALLENGE