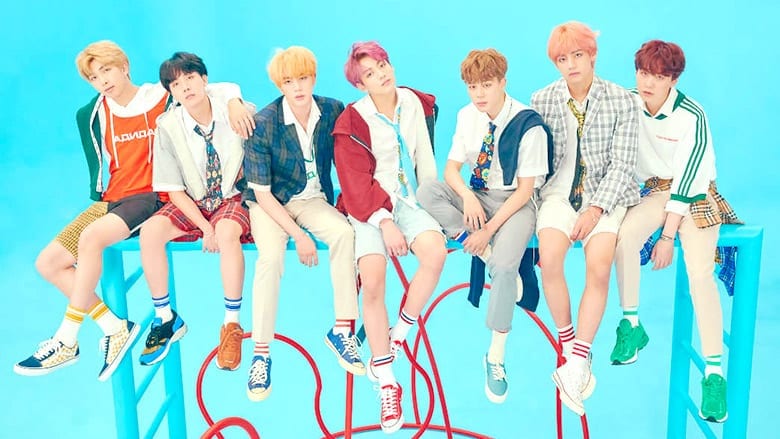 It was only a few months ago that BTSmade history as the first-ever South Korean musical act to hold a concert at a Stateside stadium. When they brought their Love Yourself tour in October to New York’s Citi Field, it was an awe-inspiring experience that was a testament to the septet’s popularity. But when they returned to the New York metropolitan area again this weekend to perform at New Jersey’s Metlife Stadium on Saturday and Sunday nights with the final U.S. shows of their encore Love Yourself: Speak Yourself stadium concert series, the three-time Billboard 200 chart-toppers upped the ante as they elevated the performances already featured in the former tour run and introduced several new, impactful songs into their set list as they reveled in the day and what it stood for.

On Sunday night, fans couldn't have asked for better weather for the final act of the group’s latest U.S. concert run. With hardly a cloud in sight, around 55,000 fans of BTS, collectively known as ARMY, descended on the East Rutherford, New Jersey, football stadium for the second day in a row, coming from far and wide across the country and beyond, the majority of whom were armed with their ARMY bomb lightsticks. Throughout the three-hour concert, attendees sang and danced along to the music of BTS as they actively participated in the concert experience, with their waving lightsticks -- synchronized via bluetooth -- facilitating an interactive light show that partnered with the graphics appearing on screens behind the seven members of BTS, emphasizing the relationship between the band and their dedicated ARMY throughout the dynamic concert. Though rain would start pouring shortly after the concert ended just before 10:30 p.m., the good weather held up throughout the entire show, giving the group the opportunity to showcase a wide array of performances.

After a lead-in of some of BTS’ more recent music videos playing on giant screens as the audience sang along, fanchants and all, the pulsating first notes of “Dionysus” roared through Metlife. One of the four songs incorporated from their newest album Map of the Soul: Persona into the Love Yourself set list -- they’d also perform “Boy with Luv,” “Make It Right,” and “Mikrokosmos” -- the riotous intro track welcomed the audience to the concert, inviting the crowd to get drunk on the artistry of BTS as the seven men in white suits -- one of several stage outfits designed by Dior for the tour -- performed the tune inspired by the ancient Greek god of wine while bolstered onstage by inflatable silver jaguars, classical columns and dozens of dancers.

“Dionysus” set the tone for much of the night: Whereas Love Yourself’s set list spanned BTS’ career, incorporating older singles with the titular album series’ songs, Speak Yourself was a celebration of the act’s rise to the top of the music world, with a special emphasis on their empowering messaging and each song showcasing the septet’s talent as singers and performers able to captivate the attention of millions of fans from around the world. Fittingly, the second song the group performed was the boisterous “Not Today,” which began with the anthemic declaration by RM: "All the underdogs in the world/ A day may come when we lose/ But it is not today/ Today we fight!” Next, the seven members took a few moments to greet the audience before launching into “Outro: Wings,” a track symbolic of the bond between ARMY and the group. “ARMY, you are our wings,” Jin sweetly expressed before RM asked if ARMY wanted to fly with the act, which then led into the uproarious rendition of the song full of harmonized ad-libs as that album series’ circular logos appeared onstage behind them.