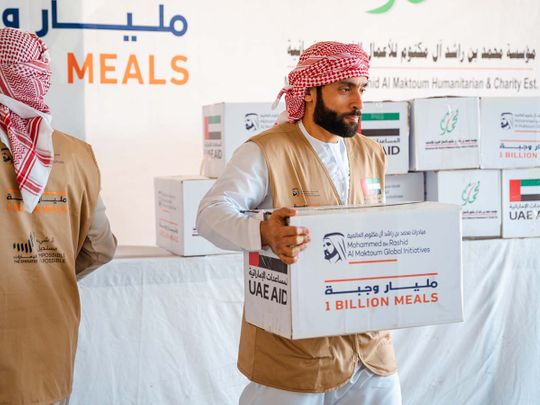 His Highness Sheikh Mohammed Bin Rashid Al Maktoum, Vice President and Prime Minister of the UAE and Ruler of Dubai, has announced the successful conclusion of the “One Billion Meals Campaign”. His Highness made a personal donation of 400 million meals!

Sheikh Mohammed said on Twitter, "Thank God, we conclude the campaign of one billion meals, with a record total of 600 million meals so far, donated by institutions, companies, businessmen and 320,000 individuals.

“Today, we announce personal support for the campaign with 400 million meals to complete the billion meals. We ask God to accept from us and from you fasting, reading the Qur’an and feeding food in this holy month.”

Steve Harvey talks to Eve about the UAE